There are examples of people taking their children to the eruption site in Meradalir in spite of it being closed says Bogi Adolfsson who is in Þorbjörn Rescue team to mbl.is. The walk to the volcano and back is 14 km with elevation and through rough terrain, which people should keep in mind. more

Reykjavík Grapevine,  18 August 2022 2:27 PM
Instagram Giveaway: Celebrate Our 200th Newscast With A Lava Box Competition
To celebrate reaching 200 RVK Newscast episodes over on our Youtube channel, as well as the new eruption at Meradalir,... more

Reykjavík Grapevine,  18 August 2022 11:50 AM
Counter Anti-Queer Extremism By Fighting Hate Crimes, Listening To Affected Individuals
Violence and hate crimes against queer people and the LGBTQ+ community have been prominent around this year’s Pride festival. Notably,... more 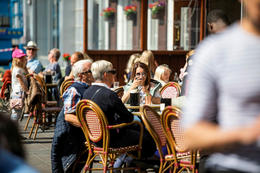 The police in Húsavík investigated the damage caused by reckless off-road driving in the deserted northern part of the Vatnajökull glacier earlier this week. The crime was traced to three Italian tourists that received hefty fines for the act. more Menningarnótt, or Reykjavík Culture Night, will take place for the 27th time this Saturday—after two years off due to covid. The festival starts early, in order to reduce late night noise, the event’s project manager says. more

Áslaug Arna Sigurbjörnsdóttir, the Minister for Universities, Industry, and Innovation, will take her workplace on the road this autumn, setting up a ‘mini-ministry’ in ten different locations. At each stop, she will hold open sessions for constituents to come and talk about issues important to them and their communities. more 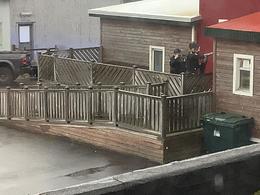 The Special Forces and the police for the Reykjanes peninsula have arrested a man who was walking on Hafnargata in Keflavík with an axe and acting weird. more 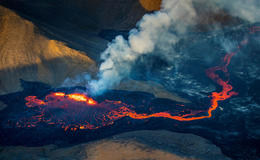 The walking paths to the eruption site at Meradalir is closed today due to weather. This is confirmed by Kristín Jónsdóttir a specialist in natural disasters at the Met Office, but the information is also to be found on safetravel.is. more 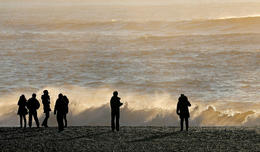 The waves in Reynisfjara Black Beach will reach up to 3.7 meters today. Tomorrow they will be even higher, or up to 4.7 meters, which is quite unusual. This is reported on the weather website Blika. more Wage increases are fully warranted as they largely depend on economic growth and productivity, which seem to be going well in Iceland, announces the newest issue of Kjarafréttir, the Efling newsletter. The union proposed a general wage increase of 52,250 ISK per month, which will go hand in hand with the current inflation rate.  more The German company EP Power Minerals intends to mine pumice from Mýrdalssandur, located in the southeast of Vík, called Hafursey. The pumice will be exported to Europe and possibly North America, where it will be used as an additive to manufacture cement. Efla carried out an environmental report on the project, which is currently being reviewed by the Icelandic Planning Agency (Skipulagsstofnun). The residents of Vík are worried about the traffic. more 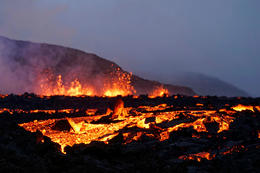 Liquid lava from the volcano in Geldingadalir is already squeezing out of the older lava field because of the weight of the new lava flowing on top of the old one. more 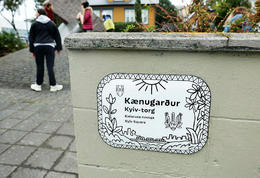 The square at the corner of Garðastræti and Túngata will from now on be dedicated to Kiev, the capital of Ukraine. more 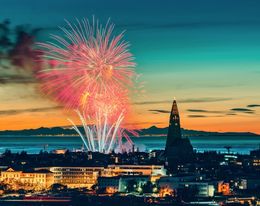 Reykjavík is celebrating its 236th birthday next Saturday on the 20th of August with the comeback of the biggest annual event in the city, Culture Night of 2022. more 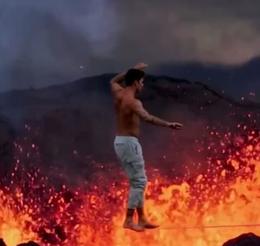 The Instagram star Jay Alvarez published an amazing video of himself walking a tightrope over flaming lava at the eruption site in Meradalir recently. more 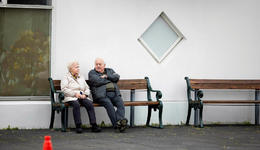 It is important to have more people 67 and older working, says the economist Ásta Ásgeirs­dótt­ir who works for the National Association of Pension Funds. more 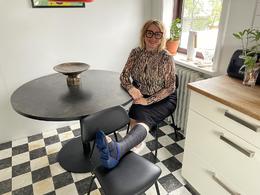 Ingi­björg Gréta is a woman who loves hiking and being in the great outdoors. Her new favourite place in the world is Hornstrandir and she had planned three out of four long hikes there this summer. However, things do not always go according to plan. Things changed when she slipped down a slippery stone and broke her ankle. more 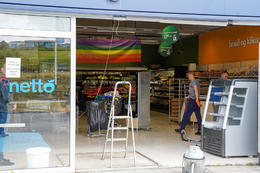 A car was driven into the Nettó grocery store in Búðakór in Kópavogur shortly after noon today. The Chief of the Fire Department in Reykjavík confirmed the story to mbl.is. He says that nothing points to anybody getting hurt, since the paramedics checked all the people that were inside the store. more

The Icelandic Meteorological Office,  03 August 2022 9:47 AM
A new eruption has started at Fagradalsfjall

Updated 4.8.2022 at 12:12
Gas dispersion forecast has been activated for the eruption in Meradalir. It is important for all to be aware of the danger of sudden gas pollution near the eruption site. You can find the forecast here as well as you can use the button on the front page, Reykjanes. more

Preliminary deformation modelling results suggest the top depth of the new dike intrusion beneath Fagradalsfjall is very shallow - about 1 km. The magma inflow rate is rapid, almost double that observed during the first dike intrusion in february-march 2021.more