The sale of the communications infrastructure company Míla to a French company will not be approved by the competition authority without conditions, it has been confirmed. In other business news, Icelandair passenger numbers are up five-fold. more 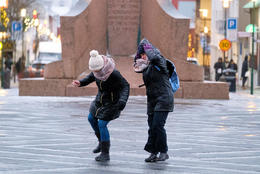 Today will be windy with the wind coming from the southwest and the west all over the country and people should keep their wits about them when travelling. Yellow warnings are in place for many areas in the country. more Over 300 pay and conditions contracts, covering the majority of the workforce in Iceland, expire in the coming few months. The largest unions have already presented their demands to the SA Confederation of Icelandic Employers. The chair of the ASÍ Icelandic Confederation of Labour says there is room for pay raises, though there is a great deal of economic uncertainty. more

Reykjavík Grapevine,  07 July 2022 10:34 AM
Laugarvatn: Waterproof Entertainment
Where does one go when you only have one day off from work this week, but you’re long overdue for... more

Reykjavík Grapevine,  07 July 2022 10:27 AM
Strætó Brings Back Night Bus From City Centre
Starting this weekend and running every weekend through the rest of the summer, capital region residents can take night buses... more

Reykjavík Grapevine,  07 July 2022 10:24 AM
High Winds Expected Around Iceland Today
The Icelandic Meteorological Office has issued yellow weather alerts for most of the country through the end of today, warning... more 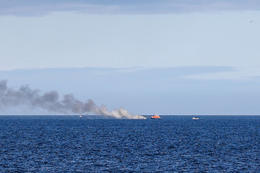 “There is nothing left,” says Birgir Haukdal Rúnarsson the owner of the boat Gosi KE-102 that caught fire this morning when the boat was two nautical miles north of Rif. more 43 municipalities in Iceland are too indebted and do not adhere to the municipal finance auditing committee’s target maximum debt ratio, according to the committee’s written response to RÚV. more 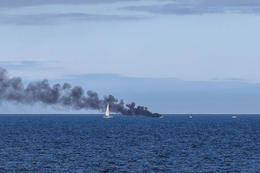 A member of the crew from the boat Gosi-KE who caught fire this morning not far from Rif this morning was saved when the fishing boat Diddi SH-159 came to his rescue just before 10 AM this morning in Breiðafjörður. more Iceland will participate in the new ETIAS (European Travel Information and Authorisation System) scheme, which aims to increase security, but will also generate some income at the European level. From next year, travellers arriving from outside the EU or Schengen area will be charged 7 euro, or around 1,000 krónur, to enter the country. more It has been confirmed that mittens in the care of the National Museum of Iceland are more than a thousand years old, making them unique in the world. more 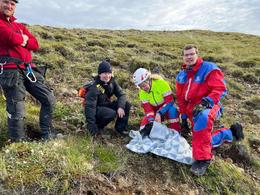 Rescue teams were called out twice last night just before 8 PM. One of the emergencies was because of a dog that had fallen off a cliff and the other one because of a motocycle accident. This information comes from an announcement from Landsbjörg Rescue team. more

The Prime Ministers of Denmark, Iceland and Norway issued a joint statement saying that everything is ready for NATO to ratify Finland and Sweden's accession to NATO. more

The Fire Brigade of Akranes and Hvalfjörður County was called out after 2 AM last night because of a fire in Elkem metal smelter at Grundarfjörður. All available firefighters were sent to the scene. According to the commanding officer, Jens Heiðar Ragnarsson, the fire had not spread as wide as had been expected, but the source of the fire was in one of three furnaces. more 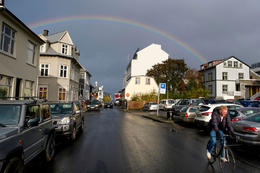 With inflation at an all time high and the Central Bank raising the key interest rate up to 4.75% to try to cool the market and get the inflation down, Icelanders will have to pay a lot more into their mortgages every month than before. more 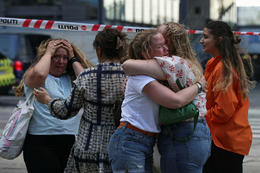 The Embassy of Iceland in Copenhagen has asked Icelanders in the city to contact their family and let them know they are safe. more

People who want to visit the southern part of Iceland this summer have a lot of options. Here is a list of nine interesting places to visit, but bear in mind it is just the tip of the Iceberg when it comes to fun things to do in this part of the country. more 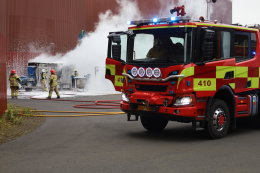 A fire was detected between two hot water tanks in Grafarholt last night. According to the Fire brigade the source of the fire was from equipment used to maintain the tanks. The fire was successfully extinguished says Kristján Sigurðsson, warden of the support department of the Fire brigade to mbl.is. more

mbl.is,  01 July 2022 3:09 PM
Will online sales push through a change in the Icelandic state's alcohol monopoly? 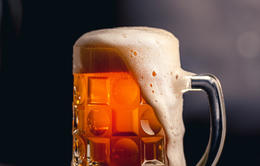 “My opinion is that online shopping with alcohol is something to celebrate because the system we have had regarding the sale of alcoholic beverages is outdated and doesn´t serve the needs of modern Iceland,” says Bjarni Benediktsson Minister of Finance in an interview with mbl.is. more

The Icelandic Meteorological Office,  16 May 2022 1:06 PM
Earthquakes on the Reykjanes peninsula
More than 3000 earthquakes have been automatically detected nearby Eldvörp in the Reykjanes/Svartsengi volcanic system in the past week. Since yesterday (15.05), nine earthquakes had magnitude above M3 and two above M4. The largest event had a magnitude of M4.3 occurred on 15.05 at 17:38 UTC. The seismicity is located at a depth between 4 and 6 km.more

The Icelandic Meteorological Office,  04 March 2022 8:14 PM
The weather in Iceland in 2021
The weather in 2021 was mainly favorable, wind speed was below average and stormy days were relatively uncommon. The annual mean temperature was slightly above the 1991 to 2020 mean at most stations, and it was considerably dry in all parts of the country. Snow conditions were remarkably light in the Southwest during the year. The number of snow-covered days in Reykjavík were only 17 and only once been fewer. The summer was exceptionally warm, sunny, and dry in the North and East, the warmest on record in many places in these regions and many maximum temperature records were broken. The monthly mean temperature reached 14 °C at several stations this summer. It is the first time that the monthly mean temperature reaches 14°C at any station since the beginning of observations. The year was sunny in Akureyri and the total number of sunshine hours in Akureyri has only once been more.
more