Píla the border collie ran away from her home in Bolungarvík, the Westfjords, scared of the Þrettándinn fireworks, on 6th January. Friends, family, and strangers have searched for her ever since, but grew increasingly worried for her wellbeing in the snowy local mountains as the days, and then weeks, dragged on. Last night, she was found and rescued in dramatic fashion. more While Iceland’s first COVID-19 case was recorded on 28th February 2020, it was on the 27th January that the country declared a civil protection uncertainty alert. Fast forward two years and the government will present its plan to remove all restrictions tomorrow. Yesterday was yet another record day for new infections, but hospital admissions remain comparatively few. more The community in Ísafjörður welcomes return of sun in tasty style each January. more 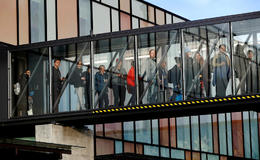 Net migration of people in Iceland last year was the sixth largest on record. more No members of the northwest Iceland election supervision committee that were sitting during the Alþingi election last autumn have paid fines ordered by the chief of West Iceland police. The deadline to pay has long expired. more 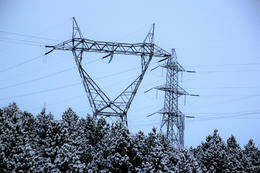 If electricity use increases, as public forecasts suggest, chances are the delivery of energy that contracts allow to be limited, might have to be reduced as early as next year, even if annual precipitation is average. more

Reykjavík Grapevine,  27 January 2022 11:58 AM
Third-Oldest Photo Taken In Iceland Discovered
The third oldest photo to be taken in Iceland was discovered in the Danish royal family’s photography collection, and was... more

A man was found dead in the sea north of Sæbraut in Reykjavík yesterday lunchtime. A major search had been underway for around an hour; triggered when the alarm was raised that an unmanned boat had been found on the shore of Engey island in the late morning. more

Reykjavík Grapevine,  27 January 2022 11:32 AM
Dog Missing For 20 Days Found On Mountainside, Rescued, And Reunited With Owners
Píla, a dog living in Bolungarvík who was scared off by fireworks and since went missing on January 6th, has... more

Reykjavík Grapevine,  27 January 2022 10:58 AM
COVID Roundup: Record Numbers, Another Death Reported, Epidemiologist Issues Warning
Landspítali hospital reports that a woman in her eighties who had the coronavirus passed away within the last 24 hours.... more 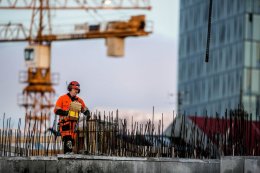 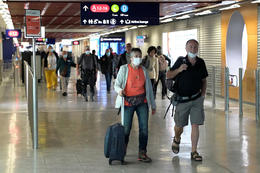 In its Macroeconomic Forecast 2022-2024, published today, the bank Íslandsbanki predicts that between 1.1 and 1.2 million foreign tourists will visit Iceland this year. more 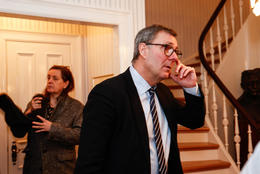 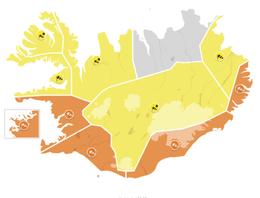 The Icelandic Met Office has issued weather warnings for almost all of Iceland today. more 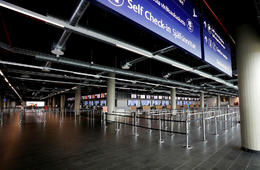 Numerous flights to and from Keflavík International Airport have been canceled or postponed today, due to severe weather. more 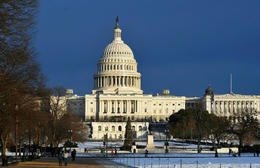 A bill called the Iceland Act was introduced Friday to the US House of Representatives by Congresswoman Chellie Pingree. more 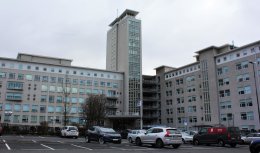 An action plan for the lifting of COVID-19 restrictions needs to be presented. more 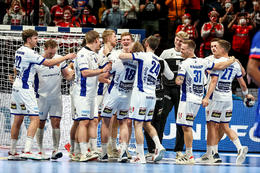 The Icelandic men’s national handball team will face Croatia today in the main round of the Men’s EHF EURO 2022 in Budapest, Hungary. more 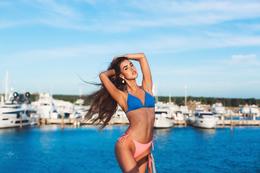 Beauty queen and doctoral student Hulda Vigdísardóttir will be the first Icelandic woman to participate in the beauty contest World Top Model. more 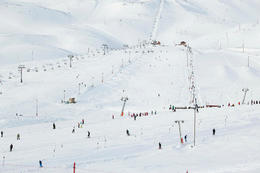 Being able to have a drink would enhance the experience of those who visit Akureyri’s Hlíðarfjall ski area, states restaurateur Sölvi Antonsson. more

The Icelandic Meteorological Office,  26 December 2021 1:01 PM
Update on the earthquake swarm in Geldingadalir

Please view this page for the latest information on seismic activity.
Update on 29.12. at 11:53Since midnight around 90 earthquakes have been detected. Yesterday there were around 1300 earthquakes detected in the Reykjanes peninsula as a whole. This is a lot less than the day before when around 2300 earthquakes were detected. The scientific Advisory board for the civil protection services met on the 27th of December to go over the situation near Fagradalsfjall. GPS instruments and satellite interferograms show that the magmatic intrusion is limited to a dike intrusion by Fagradalsfjall, similarly as in February and March 2021 before the eruption onset on the 19th of March.
more

The Icelandic Meteorological Office,  24 November 2021 11:58 AM
Flood in Grímsvötn

Update 8.12. at 12:30
The Icelandic Meteorological Office elevated the aviation color code from yellow to orange on the 6th of December for Grímsvötn volcano when the seismic actvity increased above normal level in the aftermath of the glacial outburst (which peaked on 05.12). On that day a M3,6 earthquake occurred at 6:16 UTC and 15 more earthquakes occured within the day. However, yesterday (07.12) very few earthquakes were identified in the area and the geophysical parameters all showed normal values. Based on these current observations, IMO moved the aviation color code from orange back to yellow as there were no clear indications for an imminent eruption.more