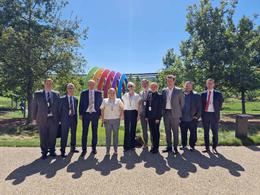 The Icelandic president Guðni Th. Jóhannesson and his delegation are now on the West Coast in the United States where they have met with a number of Big Tech companies. more

Arson was not the cause of the fire that started in an uncertified apartment at a commercial building on Auðbrekka in Kópavogur, according to the results of the police investigation into the fire, which is now complete. The fire occurred in February and the case has now been passed to the prosecutions department following the completion of the investigation. more

Artefacts from the Middle Ages have been discovered by archaeologists working on the site of Miðgarðakirkja on the island of Grímsey. more

Reykjavík Grapevine,  18 May 2022 3:14 PM
Directorate Of Health Announces “Widespread Immunity” Against COVID, But Reinfection Still A Risk
A new report issued by the Directorate of Health concludes that “widespread immunity against COVID-19 has been achieved in society”,... more

Reykjavík Grapevine,  18 May 2022 2:21 PM
Ukrainian Asylum Seekers Offered Benefits Not Afforded To Other Nationalities
The Icelandic government has been diligent in supporting asylum seekers from Ukraine, both adults and children alike, but this includes... more A high-profile Icelandic delegation has arrived in the USA to meet with representatives of large technology companies about the importance of including the Icelandic language in tech development—particularly including voice activated services and devices. President of Iceland Guðni Th. Jóhannesson and the culture and trade minister, Lilja Dögg Alfreðsdóttir, are among the delegation. more

Reykjavík Grapevine,  18 May 2022 11:05 AM
Swan Wasn’t Shot, Driver Takes Responsibility
A driver responsible for the death of a swan two days ago has turned himself in to the police in... more The documentary “Do Both” about the female footballer Sara Björk Gunnarsdóttir and her return to football only four months after giving birth has been released on Youtube and the social media outlets of Puma who is Sara’s sponsor. more 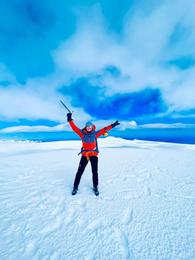 The foodblogger Berglind Hreiðarsdóttir managed to get to the top of Hvannadalshnjúkur the other day. It is her second attempt, but last time she had to back down because of the weather. She says it is a feeling like no other to stand on the highest mountain in Iceland. more A statue (made in 1939 by Ásmundur Sveinsson), called The First White Mother in America, depicting Guðríður Þorbjarnardóttir—believed to be one of the world’s best-travelled women around the year 1000—was stolen in March from its home on the Snæfellsnes peninsula in West Iceland. more

The opening gambit of the now fallen majority in Reykjavik was made clear today when Dagur B. Eggertsson, the sitting mayor, announced that they would approach all negiotiations as a united front, minus the Left Green Movement which has already declared that they are not participating after losing substantially both in the city and nationwide on Saturday. more

mbl.is,  16 May 2022 2:21 PM
Uncertainty level announced yesterday due to earthquakes 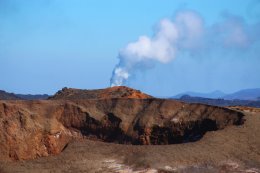 In the last week more than 3000 earthquakes have been detected in the last week close to Eldvörp in the Reykjanes/Svartsengi volcanic system and yesterday the Civil Protection Department of Iceland elevated their alert level to Uncertainty level. more

The Icelandic Meteorological Office,  16 May 2022 1:06 PM
Earthquakes on the Reykjanes peninsula
More than 3000 earthquakes have been automatically detected nearby Eldvörp in the Reykjanes/Svartsengi volcanic system in the past week. Since yesterday (15.05), nine earthquakes had magnitude above M3 and two above M4. The largest event had a magnitude of M4.3 occurred on 15.05 at 17:38 UTC. The seismicity is located at a depth between 4 and 6 km.more 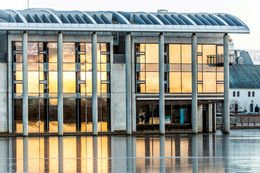 The Progressive Party is gaining momentum, not only in Reykjavik, but in most places around the country and is clearly the winner of the local elections last Saturday. The biggest changes will be in Reykjavik where the current administration has lost its majority. more 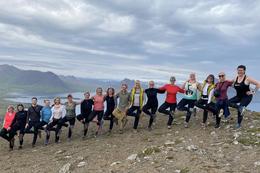 When we hear the word health we often immediately think about our physical wellbeing. Being physically fit and healthy is paramount but mental health is no less important. more 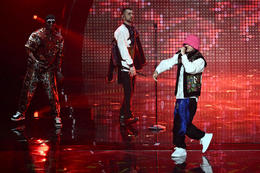 Europe has voted in Eurovision 2022 and most of the votes went to Ukraine. Before the votes from the public came in, it looked like UK might win the competition. But once all the votes were in, Ukraine came out on top. more 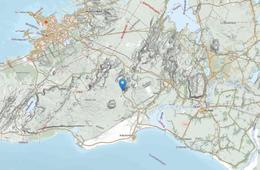 A big earthquake was felt today just before 17:00 o'clock in the Southwest of Iceland, in an area called Þrengslin, a road that leads to Þorlákshöfn, Eyrarbakki, Stokkseyri and eventually Selfoss. more

mbl.is,  14 May 2022 5:00 AM
Local elections in Iceland: The current majority might fall according to latest polls 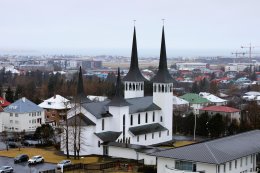 Today will be a busy day for most because not only are the finals in Eurovision tomorrow night, but it is also voting day in the local elections all around the country. more 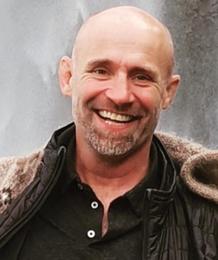 My name is David and I am a local. Seltjarnarnes is my home for almost 7 of the 18 years I have now lived in Iceland. Even though I shall always be a „bloody foreigner“, I am as much a „Nesbúi“ as any of the Icelanders living in this town. more 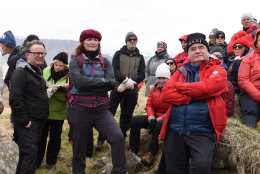 There were some procedural defects in the way the so called Sjöundá Farm criminal case was handled back in 1802. For example, today a priest would never be used in order to force confessions as was done back in the day. more

The Icelandic Meteorological Office,  04 March 2022 8:14 PM
The weather in Iceland in 2021
The weather in 2021 was mainly favorable, wind speed was below average and stormy days were relatively uncommon. The annual mean temperature was slightly above the 1991 to 2020 mean at most stations, and it was considerably dry in all parts of the country. Snow conditions were remarkably light in the Southwest during the year. The number of snow-covered days in Reykjavík were only 17 and only once been fewer. The summer was exceptionally warm, sunny, and dry in the North and East, the warmest on record in many places in these regions and many maximum temperature records were broken. The monthly mean temperature reached 14 °C at several stations this summer. It is the first time that the monthly mean temperature reaches 14°C at any station since the beginning of observations. The year was sunny in Akureyri and the total number of sunshine hours in Akureyri has only once been more.
more