Iceland Review,  23 September 2020 12:54 PM
Capelin Spotted East of Greenland
Poor weather and sea ice have disrupted two research vessels that are now searching for capelin north and west of Iceland, RÚV reports. Expedition leader Birkir Bárðarson, currently on one of the vessels, says some capelin has been spotted at the edge of the ice sheet by Greenland, but there is not enough data to […] more

Iceland Review,  23 September 2020 12:06 PM
Akureyri City Council Abolishes Governing Majority
There is no longer a governing majority nor an opposing minority in the City Council of Akureyri, North Iceland, RÚV reports. Instead, all hands are on deck: councillors from all parties will work together for the remainder of this term in an attempt to tackle the large operational deficit facing the region’s largest town. “We […] more 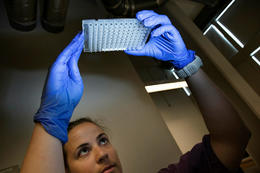 A total of 57 new domestic cases of COVID-19 were confirmed in Iceland yesterday. more

Reykjavík Grapevine,  23 September 2020 11:37 AM
Iceland’s Richest 10% Own 44% Of Assets
According to a report published by Statistics Iceland the assets of families in the highest 10% of Iceland amounted to... more

Reykjavík Grapevine,  23 September 2020 11:29 AM
Many Queer Youth Subjected To Bullying In Schools
As reported by Fréttablaðið this morning, the results of a survey that was meant to be presented today by the... more

Air traffic in the Reykjavík Control Area is less than a third of what it was in September a year ago. more

Iceland Review,  23 September 2020 10:55 AM
Prime Minister and Health Minister Test Negative for COVID-19
Neither Prime Minister Katrín Jakobsdóttir nor Health Minister Svandís Svavarsdóttir have COVID-19. Both ministers got tested due to experiencing flu symptoms. All of Iceland’s ministers have now had to be tested for COVID-19 since the pandemic began, RÚV reports. Neither Katrín nor Svandís were in attendance at a cabinet meeting yesterday morning as they had […] more 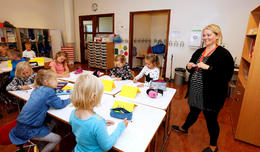 A total of 320 students from six grade schools in Reykjavík and vicinity are now in quarantine. more

Iceland Review,  22 September 2020 4:22 PM
“They’re With Me”: Icelanders Campaign for Asylum Seeker Family on Social Media
The police have officially requested information from the public on the whereabouts of the Egyptian Khedr family, after their planned deportation last week proved unsuccessful. The decision to deport the family is controversial, and several people have responded on social media under the hashtag #þaueruhjámér (they’re with me), to show support for the family as […] more

Iceland Review,  22 September 2020 1:17 PM
COVID-19 in Iceland: Violated Isolation and Infected Over 100
Around 100 domestic cases of COVID-19 that have arisen in Iceland the past few days can be traced to a pair of French tourists that came to the country in mid-August, Vísir reports. The two were put into isolation after testing positive for the novel coronavirus, but broke regulations. Three different strains of SARS-CoV-2 are […] more 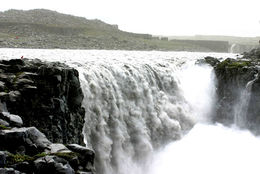 A new restroom facility is being built on the west side of Dettifoss waterfall. more 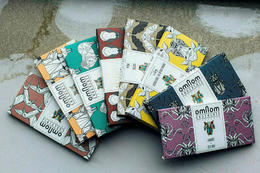 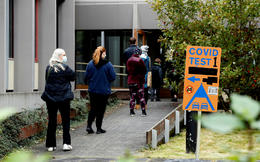 In response to a sudden increase in the number of new confirmed COVID-19 cases in Iceland in the past days, health clinics in the capital area will likely be testing a record number of people for the coronavirus today. more 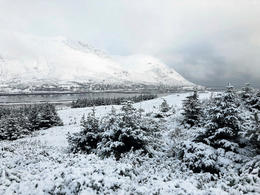 The residents of Siglufjörður, North Iceland, woke up to a surprise this morning. more 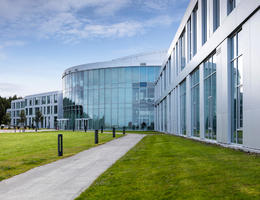 As a result of a sudden surge in the number of new confirmed COVID-19 cases in Iceland in recent days, the use of face masks is as of today required in all secondary schools and universities in the capital area. more 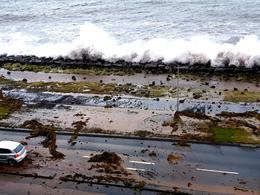 High waves hit the shore in the westernmost part of Reykjavík Saturday night, throwing large rocks from the breakwater onto the bike trail and damaging it. more

Bjarni Páll Vilhjálmsson, who runs an equestrian tourism business at Saltvík farm, near Húsavík, North Iceland, is planning to offer a 50-day tour on horseback around Iceland next summer.. more 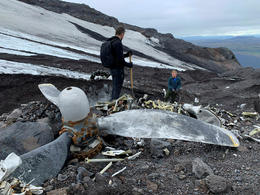 Debris from an American B-17 Flying Fortress bomber that crashed into Eyjafjallajökull glacier during World War II is gradually coming to light as the glacier recedes. more 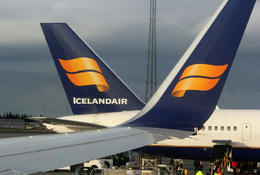 IceNews,  21 August 2020 7:33 AM
Reykjavik International Film Festival goes ahead in September
This year RIFF will explore new technology and use it to bring quality cinema to an even wider audience in Iceland. There will be online screenings to movie lovers across the country to Keflavík, Ísafjörður and Akureyri as well as those who can normally not attend the festival such as those at sea, at hospitals and in […] more

IceNews,  20 August 2020 9:23 AM
Reykjavik Ensemble presents a collaborative performance project
On the 29th and 30th of August in Klúbbur Listahátíðar (Iðnó), the international theatre company REYKJAVÍK ENSEMBLE will present a collaborative performance “Ég kem alltaf aftur” (I shall always return). The piece is inspired by the work of a Polish theatre master Tadeusz Kantor who thirty years ago visited Listahátíð Reykjavíkur with his performance Ég […] more

The Icelandic Meteorological Office,  23 July 2020 5:50 PM
Update on the activity in the Reykjanes peninsula

Since the intense seismic swarm started in Fagradalsfjall on the 18th of July, the activity has been slowly decreasing over time. The acquisition of recent satellite images enabled mapping of new surface deformation in the area associated with the sequence of large earthquakes which occurred between the 18th and 20th of July. The satellite data processing clearly shows a deformation signal corresponding to approximately 3 centimeters of movement along a NE-SW oriented fault in the region of Fagradalsfjall. more

On 19th July at approximately 01:30 a.m. a seismic swarm commenced in Fagradalsfjall. Over 1700 earthquakes have occurred in this region since. The largest event occurred at 23:36 yesterday evening with a magnitude (M) of 5. Two other events greater than M4 occurred early this morning at 05:46 (M4.6) and 06:23 (M4.3), respectively. In addition, 22 earthquakes greater than M3 have occurred since midnight. Felt earthquakes have been reported by local residents as far Akranes in the west and Vík in the east. The seismic swarm is still ongoing with similar intensity.more