Iceland Review,  16 September 2020 4:27 PM
Exceptional Growing Conditions during Last Days of Summer Saves Potato Harvest
Potato farmers in Þykkvabær on Iceland’s south coast are thankful that the last days of summer were wet and warm. That will make for an acceptable potato harvest despite a cold start to the summer, farmer Sigurbjartur Pálsson in Rangárvallasýsla county told stöð 2 during an interview at the height of harvest season. The potatoes […] more

Iceland Review,  16 September 2020 2:57 PM
Death of a 24-year Old of Cancer Reported to the Directorate of Health
The relatives of a 24 year old woman who died three years ago have reported her death to the Director of Health. The woman had been screened for cervical cancer at the Icelandic Cancer Society in 2013 and not notified of cell changes indicating cervical cancer. The lawyer handling the damage claim against the Icelandic […] more 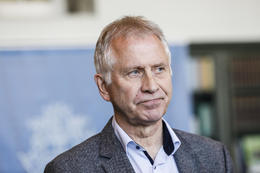 Reykjavík Grapevine,  16 September 2020 12:37 PM
Sharp Earthquakes Felt Around Húsavík
Two earthquakes with a magnitude of 4 and 4.6 were strongly felt in Akureyri and Húsavík yesterday afternoon. This earthquake... more

Iceland Review,  16 September 2020 12:32 PM
Random Testing Due to Spike in COVID-19 Cases
Thirteen domestic cases of COVID-19 were confirmed yesterday and twelve of those were people who were not in quarantine. That could mean that the virus has spread farther than initially believed, Chief epidemiologist Þórólfur Guðnason told mbl.is and is cause for random testing within the University as well as the greater Reykjavík area to determine […] more

Reykjavík Grapevine,  16 September 2020 11:38 AM
I’m Thinking Of Ending Things – A Movie Review With A Voice-Over
This article has spoilers. I think. Not that it matters. God, another existential navel-gazing movie from Charlie Kaufman. How should... more Iceland Review,  16 September 2020 11:03 AM
Egyptian Family Not Deported, Whereabouts Unknown
The Egyptian family whose impending deportation has caused much criticism was not deported this morning. When the police arrived at their residence to escort them to the airport, the family wasn’t there. Their whereabouts are currently unknown, according to the office of the National Police Commissioner. They were supposed to be picked up at their […] more 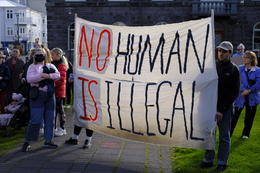 The whereabouts of an asylum seeking Egyptian family of six, who has been living in Iceland for more than two years, are unknown. more

Iceland Review,  15 September 2020 1:19 PM
Facebook Maintains Popularity, Tik Tok on the Rise in Iceland
Nine out of ten Icelanders use Facebook regularly and over half use YouTube, Snapchat, Spotify, and Instagram. The data comes from a social media usage survey conducted by MMR last May. The survey also showed that 14% of respondents used Tik Tok, compared to just 0.2% last year. Facebook, YouTube, and Snapchat were the three […] more

An attorney for an Egyptian family, set to be deported from Iceland tomorrow, has sent a letter to the Welfare Committee and the Constitutional and Supervisory Committee of Alþingi, the Icelandic parliament, insisting that the case be addressed. more 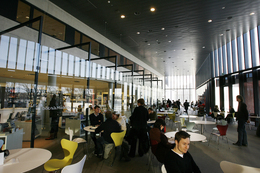 A case of COVID-19 was confirmed at the University of Iceland over the weekend. more 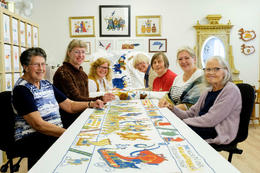 Njal’s Saga, the best-known among the sagas of the Icelanders, will finally be completed tonight. more 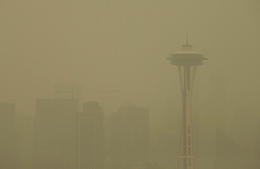 It is likely that haze from the wildfires now raging on the West Coast of the US will move over Iceland on Wednesday or Thursday. more

An advertisement from the National Church of Iceland, encouraging children to attend Sunday school, caused quite a controversy over the weekend. more 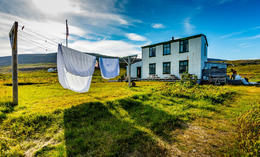 “Visiting the West Fjords has seldom been as enjoyable as this summer.” more

You may have visited Jökulsárlón glacial lagoon and sailed between the icebergs which break off from Breiðamerkurjökull glacier. more 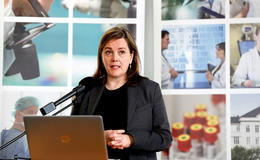 Rules regarding coronavirus testing at Icelandic borders that went into effect August 19 will remain unchanged at least through October 5. more

IceNews,  21 August 2020 7:33 AM
Reykjavik International Film Festival goes ahead in September
This year RIFF will explore new technology and use it to bring quality cinema to an even wider audience in Iceland. There will be online screenings to movie lovers across the country to Keflavík, Ísafjörður and Akureyri as well as those who can normally not attend the festival such as those at sea, at hospitals and in […] more

IceNews,  20 August 2020 9:23 AM
Reykjavik Ensemble presents a collaborative performance project
On the 29th and 30th of August in Klúbbur Listahátíðar (Iðnó), the international theatre company REYKJAVÍK ENSEMBLE will present a collaborative performance “Ég kem alltaf aftur” (I shall always return). The piece is inspired by the work of a Polish theatre master Tadeusz Kantor who thirty years ago visited Listahátíð Reykjavíkur with his performance Ég […] more

The Icelandic Meteorological Office,  23 July 2020 5:50 PM
Update on the activity in the Reykjanes peninsula

Since the intense seismic swarm started in Fagradalsfjall on the 18th of July, the activity has been slowly decreasing over time. The acquisition of recent satellite images enabled mapping of new surface deformation in the area associated with the sequence of large earthquakes which occurred between the 18th and 20th of July. The satellite data processing clearly shows a deformation signal corresponding to approximately 3 centimeters of movement along a NE-SW oriented fault in the region of Fagradalsfjall. more

On 19th July at approximately 01:30 a.m. a seismic swarm commenced in Fagradalsfjall. Over 1700 earthquakes have occurred in this region since. The largest event occurred at 23:36 yesterday evening with a magnitude (M) of 5. Two other events greater than M4 occurred early this morning at 05:46 (M4.6) and 06:23 (M4.3), respectively. In addition, 22 earthquakes greater than M3 have occurred since midnight. Felt earthquakes have been reported by local residents as far Akranes in the west and Vík in the east. The seismic swarm is still ongoing with similar intensity.more